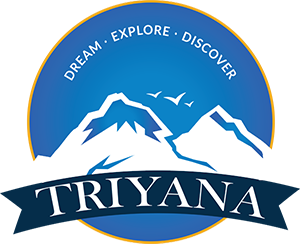 Ladakh, a spectacular, magical landscape with its austere and grandiose mountains, crystalline blue waters, vast open skies and rocky terrain dotted with mystical gompas is an experience like no other! A land of spiritual harmony and peace , where prayer wheels are in sync with the heartbeats of its locals; where the magnificence of its snow-clad mountains, high mountain passes, glacier-melted streams and smiling faces of its people, greeting you saying “Julley”, beckon you to come and be a part of an experience that will change your life forever.

Ladakh, also known as “Little Tibet”, is one of the highest inhabited plateaus in the world at an average altitude of over 3,500 m. Ladakh has often been called the Moon Land and Mysterious Land because of its unique landscape and rich culture.

While tourists throng to visit this land of meandering rivers, clear blue skies and mountain vistas, the true essence of Ladakh can only be experienced if you come there as a traveller, not a tourist.

Religion and Culture in Ladakh

The culture and lifestyle of the mountain people of Ladakh are as unique as the land itself. This region has developed a culture different from other places largely because of its development in isolation. Tibetan Buddhism is the strong base upon which Ladakhi culture thrives. It has very little influence, unlike the rest of the world, of western monoculture.

Ladakhi food is heavily influence by Tibet. The staple Tibetan food in Ladakh is roasted barley flour or ngampe eaten with thukpa, or a noodle soup. Ladakh also has its very own popular food called Skyu, a pasta dish loaded with root vegetables and made in a very special way. Ladakhi tea is popular for its unique taste. It is prepared with strong green tea leaves, butter and salt.

To truly immerse yourself in Ladakhi culture, you should visit during the many festivals and fairs of the region. Ladakh truly transforms as people come together celebrating and enjoying the festive spirit together.

How to Get There

If you haven’t been to Ladakh, you are truly missing something. Ladakh is undoubtedly one of the most panoramic places one can visit in India. It probably ranks the highest on the list of bikers across the country. The breathtakingly stunning landscapes on the drive from Manali to Leh or Srinagar to Leh will overwhelm you beyond measure. It will truly be one of the most memorable voyages you can ever embark upon.

Ladakh, one of the highest inhabited plateaus in the world, has often been called the Moon Land and Mysterious Land because of its unique landscape and rich culture. The land is tough and remote and the main road that links Ladakh to the rest of India is open only between May and October. Here’s how you can reach Ladakh:

The nearest airport is at Leh, well-connected to all major Indian cities such as Delhi, Jammu, Srinagar, Chandigarh, etc. From the Leh airport, you can visit your place of interest by a hired cab or rent bikes.

The nearest railway station is Jammu Tawi (about 700 km from Leh). This is the least preferred way to reach Ladakh. You can hire a cab to reach Ladakh or board a JKSRTC bus. Just be prepared for a very long and bumpy ride!

Leh is located 420 km from Srinagar and 490 km from Manali. A hired cab, jeep or a JKSRTC bus can get you to Ladakh. Alternately, if you have time, you can choose to take the most preferred way to reach Ladakh—a bike trip either from Srinagar or Manali. The highways are open only between May to September. Plan accordingly.